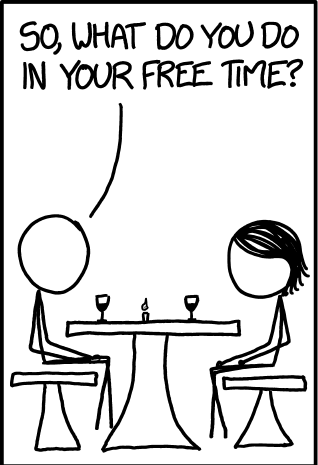 In Class Activity: Train GPT-3 to Perform Dialogue for NPCs

Today in class you will train GPT-3 to perform dialogue for non-player characters in games. We will use a different part of Facebook’s LIGHT dataset, which we previously used to generate descriptions for items and locations in our text adventure games.

Characters and Dialogues in LIGHT

Characters in the LIGHT dataset have a description and a persona, which is a first person description of who they are and what their motivations might be. Here are some examples of characters’ names and their personas in LIGHT.

Here is an example conversation from the LIGHT dataset. It’s a dialogue between two characters in a specific setting. Each character takes a turn in the conversation, which can consist of a line of dialogue, or an action (which I’ve maked as “stage direction” as if this were a play), or they can make a gesture (called an emote in the LIGHT data).

Training GPT-3 To Perform the Dialogue

We will use the OpenAI API to perform dialogue in a similar style to the LIGHT dialogue. We will try two approaches:

You can start out by experimenting with few-shot learning on the OpenAI playground. All you need to do is copy and paste two or three of the LIGHT dialogues into the playground. Then add the appropriate infomation for the conversation that you want to generate. Like the settings and the characters. If you use all that as the prompt, then GPT-3 should generate something like this:

If you want to change its behavior so that it it only generates one line at a time, then you can enter the newline character into the “Stop sequences” field on the right. (To do this, click in the textbox, press Return, and then press Tab).

If you set it up to generate one line of dialogue at a time, then you can have it play one of the characters, and you can play the other character by typing in your response. This should be a reasonable starting point for dialogue in an interactice fiction game.